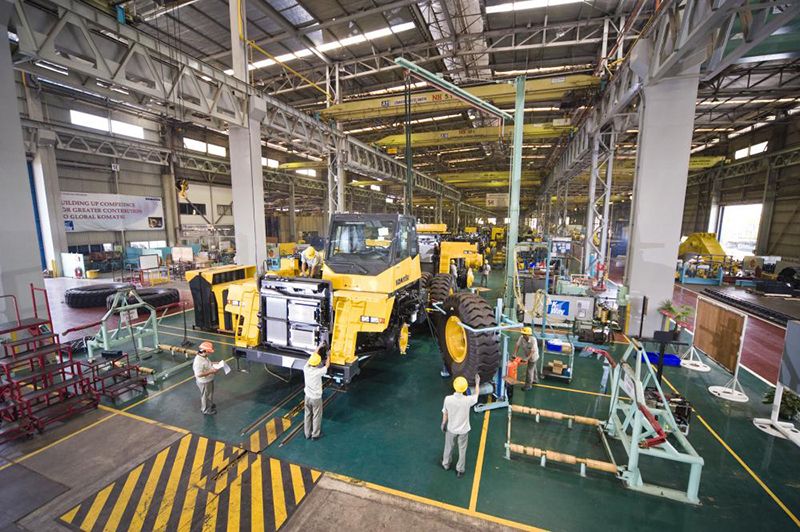 After undergoing welding and machining in Fabrication Plant, frame and attachment components are sent to the Assembly Plant to be assembled. There is a unique characteristic on our KI Assembly Plant compared to other Komatsu assembly plants. In Assembly Plant, various models are produced in one long line that is divided in the middle. From the middle, the medium size machines are assembled to right side and big size go to the left. This line was established after the expansion in 2010.
Medium machine line is an assembling line for excavator PC130-F, PC200 Logging Spec, PC300, PC400, and also bulldozer D68ESS & D85ESS. The big machine line is for Dump Truck HD465 and HD785. Hydraulic Excavator PC1250 & PC2000 are assembled in the Big Bays. For maximum capacity, Assembly Plant can produce 260 units/month for medium size and 40 units/month for big size.
From all of the units we produced, they are mainly distributed to domestic customers by PT United Tractors and the remains are sold to Southeast Asia distribution area.