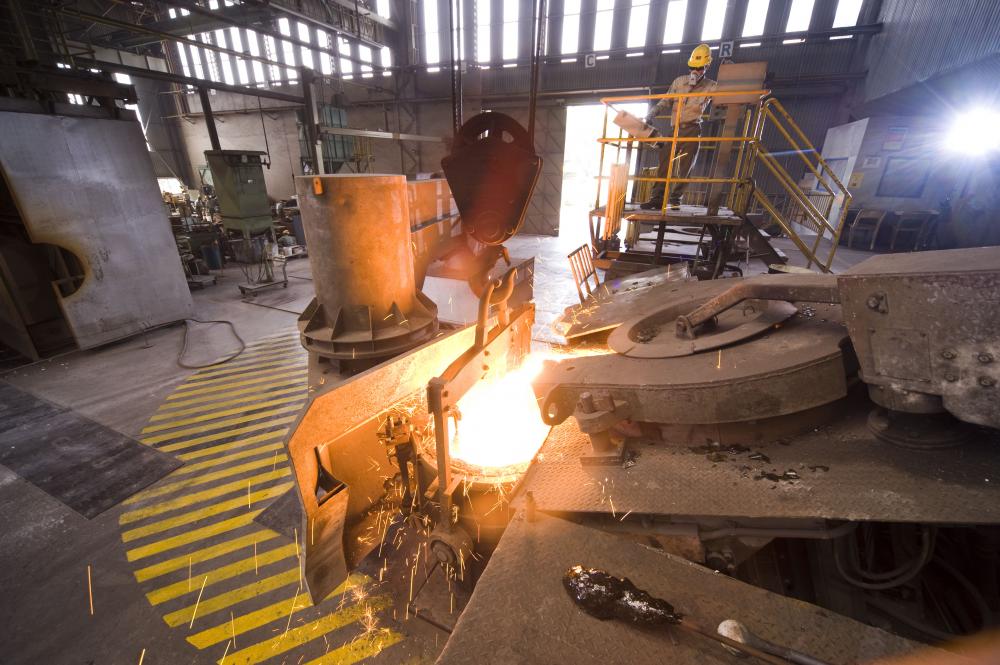 To support global cross sourcing activity, Komatsu Indonesia established casting production facility in 1991 with the capacity around 300 tons/month in the beginning and then increasing up to 900 tons/month. The demand of this casting was increasing every year, so in 2005, Komatsu Indonesia built another foundry facility which made a total capacity up to 1600 tons/month. By the end of 2012, we will increase the capacity of these plants up to 2000 tons/month.
The main facilities of these plants are 6 tons Basic Arc Furnace, 3 tons Induction Furnace (4 units), Molding Line with 30T/H up to 60T/H Sand Mixer, Sand Reclamation facility, Finishing and Heat Treatment facility. The main production of these plants are casting part for Bulldozers, Main Frame for Dump Trucks (HD 465, HD 785 , 830E and 930E), boom and arm for Excavators (PC100, PC200, PC300, PC400 , PC650, PC1250, PC2000, PC3000, PC4000) and also Undercarriage Parts for PC3000 and PC4000. Now the Foundry plants of Komatsu Indonesia became one of casting companies who can make casting with various weights starting from 1.5 kg up to 3,700 kg, and also became one of the global casting manufacture sources to support Komatsu operation in the world.